Nawalpur Feb 22. Nepal Communist Party (NCP) chair Pushpa Kamal Dahal has said none in the party is privileged to make mistake(s). Speaking at a press meet organised by the Press Organisation Nepal, Nawalpur here today, he made it clear that no wrongdoer in the party would be given excuse and protection.

The Prime Minister took immediate initiation for the resignation of the then Minister for Communications and Information Technology following his alleged involvement in commission game, and the matter would be resolved as, if it needs investigation, the responsible body was ready to take initiation towards that end, he added.
“All the issues are under the investigation process. We are not in favour of giving an excuse to anyone else who is responsible for error. And I want to say all this at this moment,” he said. The former prime minister went on to say that a task force formed to study about the Millennium Challenge Corporation (MCC) just submitted its report to party’s two chairs and they were in the phase of its study. “The MCC is not an unchangeable document and preparations are taking place to execute it by making revisions and the Secretariat will finalise it.”

One of the chairs of ruling party shared that broader intra-party discussions focused on making the government activities effective were underway. “Lately, government activities have taken a pace and the government wants to establish the upcoming decade as a decade for development, a decade of youth’s employment, creating a new base for prosperity.” He urged to believe that upcoming decade would be a period for taking youths to a new era. 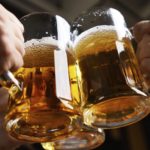