24 August, Devchuli: Cyber bully is the bullying that takes place over the digital and electronic communication device to bully a person by sending unwanted text, pictures, sms, sharing meaningless, harmful content. Social media, a computer based technology which facilitates by building of virtual network and communities but teen awareness is important as it is not used wisely.

Lately, teenagers of the modern generation seem to be more attracted to social media. Because of social media, adolescents, especially girls are subjected to various forms of bully and abuse. In order to minimize such incidents and cases, Jagriti Child and Youth Concern Nepal conducted a “One-day orientation Program on Protection from cyber bullying and abuse against the adolescent” at Devchuli, Nawalpur on August 24, 2019. During the program, District Police Inspector Rajendra Adhikari, Krishnahari Sapkota, Information Technology Officer of Devchuli Municipality also gave an important information on Cyber bullying through Presentation. Similarly Program Coordinator of JCYCN and Documentation and Logistic officer, Haseena Shrestha gave an Orientation Program which included the detail about internet safety and cyberbully and how to protect oneself from Cyberbully and abuse. Information about the ways of keeping ones account secure , confidential, avoiding spam messages and many other ways to protect self from Cyberbully was included in the orientation Program.

A two sided discussion program was also held between the attendees and the presenter which revealed about the success of the program as the participants seemed to get well informed about the problem of cyberbully and its prevention method. Parvati Tiwari, Deputy Mayor of Devchuli said “these types of program will really be helpful to end the abuse against the adolescent girls “. She thanked the organizing and supporting team of the program and also presented her expectation on less case of cyberbully in Devchuli Municipality. She also said that it is important to declare the municipality the adolescent friendly one so that the adolescents won’t have to face such problems.

Child Friendly Counselor Khimananda Bhusal and other guests supported the Program saying that Jagriti Child and Youth Concern Nepal is doing a truly honorable job for the adolescents and the adolescent should make sure to use social media in a proper way to prevent self from Cyberbully. They also said that everyone should support this great initiation taken which will bring a positive change in the society.

The Peer Educators of Girls Empowerment Program also committed that they will be giving this orientation Program in the school and Community Level to prevent adolescents from cyberbully. The National Validation Workshop on child-led UPR was organized successfully on 23-24 February, 2020 at Dahal says none is privileged to make error 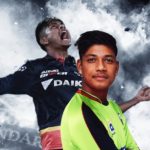