Kanchanpur, Dec 4 : Tara had not even imagined that she would be deeply involved in a relationship she developed with a man through a social networking site, Facebook. Thrown into big dreams, she was initially impressed so much by seemingly love and caring nature of her lover Ramesh. Their geographical distance made it difficult for them to see each other physically. Ramesh of Gwani in Parshuram Municipality, Dadeldhura district, was in a foreign country for a job while Tara was at her home at Shuklaphanta Municipality-4 in Kanchanpur district.

So they took the help of social networking site, Facebook. Their relation gradually developed and matured. With eagerness to transform their relation into marriage, Ramesh returned home from a foreign job after a year. They married each other shortly. But Ramesh disappeared soon after their marriage. “This happened last year. Ramesh spent a night at my house promising to send his parents to ask for her hand with her parents. The following day, he asked me to say a goodbye to him.

When I reached Jhalari, he insisted that we should elope, reasoning that he could not ask for her hand in marriage as her family was poor,” lamented Tara. After a while, she decided to elope with him. “We spent that night at a hotel in Attariya in Kailali district,” she said. Ramesh took Tara to his house in Dadeldhura and their two months of togetherness was fun-filled and happy. However, bad time befell her when she was pregnant. “I was forced into abortion under the pressure of Ramesh. I was admitted to a hospital in Dhangadhi after my bleeding as a result did not stop,” she shared. After a recovery, both of them went to Tara’s maternal house.

Ramesh left her (maternal) home citing that he would get back to her after buying fruits from the local Jhalari market has been disappeared since then. She tried to contact him on telephone, but he said he didnot recognize her.“I don’t know anyone else named ‘Tara’, we are never known to each other and if you dare to visit my home, it would cost your life,’’ he told her on the phone. Her eyes were filled with tears while she was recounting that ‘unexpected’ words from the man she decided to spend rest of her life together.
“At that point, I found myself alone and totally helpless. I went through a mental trauma.”

Tara was telling her story in an event organized at Shuklaphanta municipality in connection to the 16-Day Activism against the Gender-based Violence. It is still very hard for her to be sure that Ramesh has left her. She says she could not live without him and believed that Ramesh is doing all these on the abetment of someone else and would come to her if someone was there to convince him.Now she reaches the Jhalari-based Community Service Center, seeking help. She currently resides in the Center’s safe house and files a complaint at the police administration with the help of women rights activists.

Rights activist Bishna Devi Pant said the complaint was filed six months ago, but there was no progress towards proceeding the case. “We are just assured of action.”arlier, a team comprising Center’s women office bearers and the deputy mayor filed the complaint against Ramesh at the Parshuram municipality’s police but Ramesh could not be traced.Women rights activists are now involved to give justice to Tara after her complaint filed at police went unheeded. Police Inspector at the Area Police Office, Jhalari, Karna Bahadur Bohara, said that problem would be resolved by keeping both sides face to face.

Lawyer Uddhav Raj Bhatta, who participated in the interaction, said that cases of violence against women are increasing in lack of effective implementation of existing laws. He stressed that the local government should carry out result-oriented activities to fully implement the laws. Bhatta added, “Women have become victim of violence as compared to men. Illegal sale and distribution of alcohol is one of the main reasons behind it. Illegal sale and distribution of alcohol should be controlled.”

Women become victim due to love marriage done without knowing feelings of one another and they breaks marriage due to misunderstanding towards each other, shared Bhatta. He further said that the VAW cases become a great problem later as most of such cases are settled by a mediator without legal treatment.”Of the VAW, most of the cases are related with sexual abuse and mental torture.
A total of 55 cases of VAW including six domestic violence, 20 manhandling and four polygamy so far from the beginning of the current fiscal year. 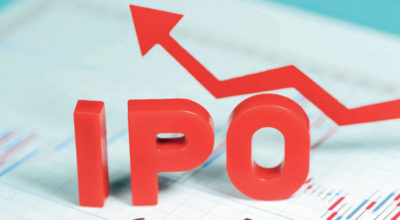 Saptari, Jan 18 : Four houses were reduced to cinders in a fire at Sakardahi Kathmandu, Jan 7 : Air pollution in Kathmandu valley could be worse than Corona Virus